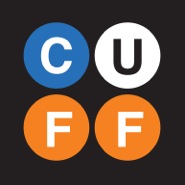 On Thursday, June 19, the Columbia Club of South Texas will screen a set of short films by Columbia alumni and students.

Please join us at 14 Pews (an arts venue from alum Cressandra Thibodeaux, MFA 1997) for drinks at 6:30, then 100 minutes of fresh filmmaking at 7 pm. The event is free but seating is limited. More event details are here, where you can also RSVP.