2017 Concert with the Rodrieg Ensemble

A Music Hour with Piano and Flute from the Rodrieg Ensemble
• Fantasie in C (1839) Robert Schumann
• Sonata in A (1886) Cesar Franck
Tickets $20. Refreshments will be served. (Donations are welcomed.) 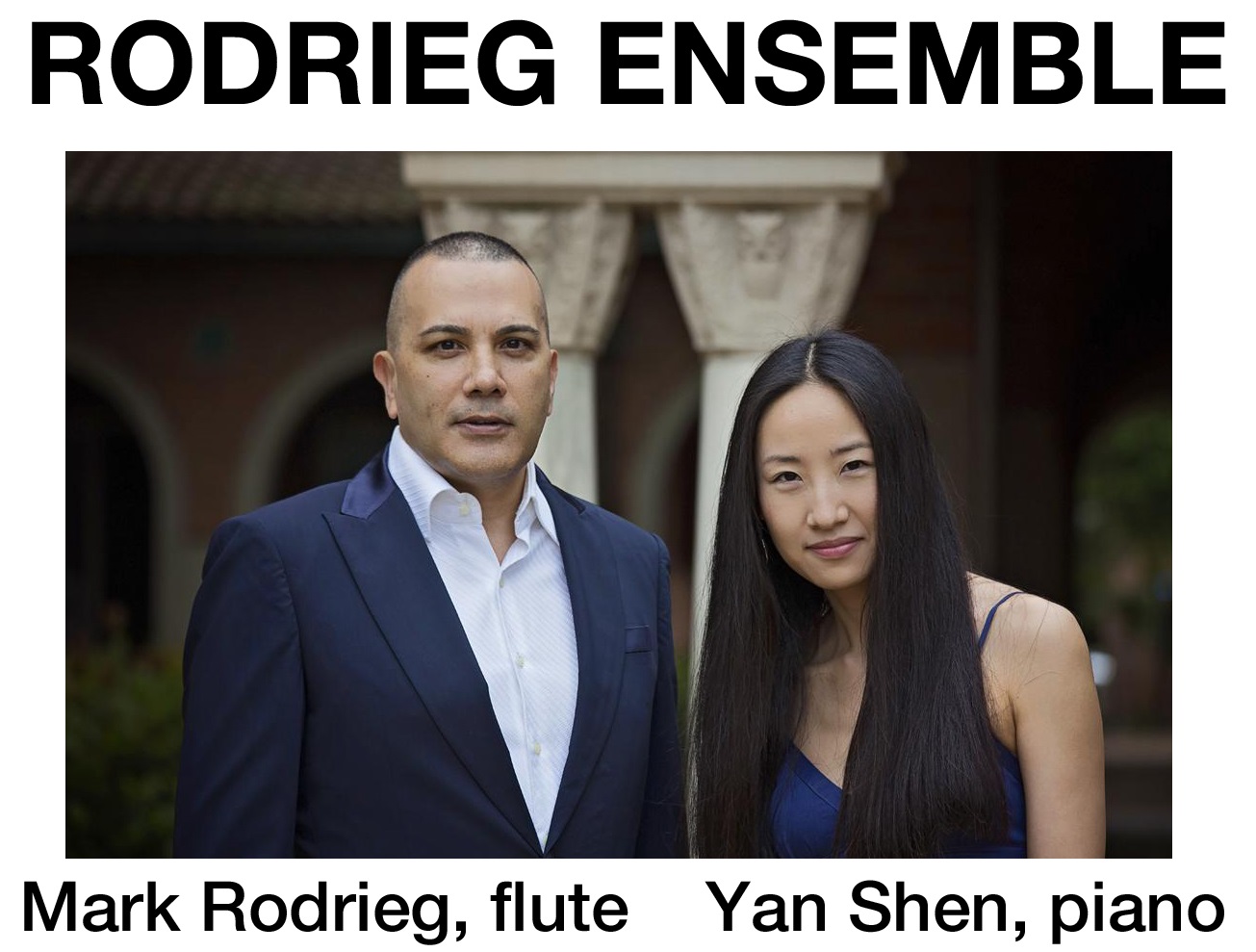 Founded in Paris, the Rodrieg Ensemble, whose performances have been described by Ensemble Magazin fur Kammermusik as “profoundly moving,” was established by award-winning artists in order to explore the relationship between contemporary classical music and established repertoire through reference performances of thematically selected chamber music.

Former Principal Flutist of the Aspen Festival Orchestra, founder Mark Rodrieg received a B.A. from the Shepherd School of Music at Rice University. He earned a M.A. as a Presidential Fellow at Princeton University, where he studied composition with Milton Babbitt, a J.D. from Columbia University, and an Artist Diploma from the Paris Schola Cantorum. Following completion of his J.D., Mark became a full-time attorney in Mexico City, then on Wall Street, then for the Lagardere Groupe in Paris, France. During his decade in Paris, Mark returned to classical music and has been dividing his schedule between legal work and classical music ever since.

Fanfare Magazine lauded pianist Yan Shen’s performances on her solo album, FANTASY | SONATA | ELEGY, for “bravura,” “flair,” “subtlety,” “clarity,” “intellectual curiosity,” “sensitivity,” “technical prowess,” and many more glowing terms pointing to her nuanced and mature artistry. Since then, she has been named a “Kawai Artist.” Formerly a tenured piano faculty member of the Guang Zhou Conservatory of Music, China (2005-2010), Yan Shen, holds a DMA in Collaborative Piano from the University of Houston’s Moores School of Music and she is currently, pursuing an Artist Diploma in Solo Piano Performance at the Moores School.