Save the date: Prof. Jeffrey Sachs speaks at May 27 luncheon 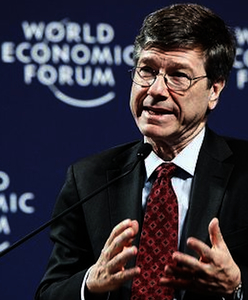 The Columbia Club of South Texas is proud to announce a luncheon featuring Dr. Jeffrey Sachs on Tuesday, May 27, 2014 from 12:30 to 2:45 pm. The downtown location will be announced soon. His presentation will focus on issues in sustainability and energy. Columbia Professor Jeffrey Sachs fulfills many roles, including

Jeffrey D. Sachs is a world-renowned professor of economics, leader in sustainable development, senior UN advisor, bestselling author, and syndicated columnist whose monthly newspaper columns appear in more than 100 countries. He has twice been named among Time Magazine’s 100 most influential world leaders. He was called by the New York Times, “probably the most important economist in the world,” and by Time Magazine “the world’s best known economist.” A recent survey by The Economist Magazine ranked Professor Sachs as among the world’s three most influential living economists of the past decade.